The Telangana Cable Association, SCTE India and ESSCI, supported by industry leaders such as ARRIS (formerly Motorola), hosted an intellectual seminar at the Youth Hostel, Secunderabad (India) on 29 July 2015. The seminar was organized to promote skills development in the state and to potentially certify more than ten thousand technical personnel in the cable and broadband industry in India.

With the sunset date in India for analogue cable looming large and the sunrise of digital cable, broadband, e-commerce and financial inclusion, today’s technicians need to be oriented and skilled. This is pivotal for a successful transition. SCTE, a global body for cable and broadband training and certification, and ESSCI partnered with the Telangana Cable Association and Novacom to bring about this transformation in skills.

Mr. Subhash Reddy, President of the Telangana Cable Operators Association, who is the driving force of this initiative, said that his vision was to ensure that every cable operator across Telangana was informed and equipped to transform the Telangana Cable and Broadband space as envisioned by Mr. Rajiv Pratap Rudy, Union Minister for Information and Broadcasting, Government of India.

The first cable training and certification centre is being established with the Novacom Group in Hyderabad and will expand to other centres across Telangana in a phased manner over the next one to two years.

“This training initiative, which will cover the whole of Telangana and Hyderabad, is expected to be one of the biggest initiatives in India. In Andhra Pradesh alone, the target is to train and certify more than ten thousand cable and broadband professionals. These skills will set the foundation of a digital Telangana and assist in a robust implementation of the digital cable and broadband transition in India,” commented Mr. Rahul Nehra, Honorary National Secretary, SCTE India.

“In another global first, this initiative will go a step further in making the cable operator a provider of financial and e-commerce services for those with, and those without, bank accounts,” said Mr. Sushil Chaudhary, MD of Mann India, whose company is actively supporting this initiative after its successful global efforts in the financial inclusion space.

“Following this initiative to provide skills’ enrichment and training, cable technicians, last-mile cable operators and MSOs will become skilled broadband technicians/engineers thereby transforming the customer experience in broadband, multi-screen and ecommerce as well as enriching themselves and paving the way to make Telangana a Digital Telangana,” said Mr. Manidhar of Novacom.

The occasion witnessed the unveiling of MSMS, a concept which revolves around the television screen and helps the cable fraternity to embrace the world of TV Commerce, TV Governance and TV Box Office. It aims to bring Telangana to the forefront of a multiscreen-led digital transformation.

At a separate hallmark event, held alongside the opening ceremony of the 4th Cablenet ExpoVision 2015 at Hyderabad, SCTE India handed over its first membership certificates. The Hon. Minister, Commercial Taxes and Cinematography, Telangana Government, Shri Talasani Srinivas Yadav, the President of the Telangana MSO Federation, Mr. M. Subhash Reddy, and the Hon. National Secretary of SCTE India, Mr. Rahul Nehra, handed over the first SCTE India membership certificates in a ceremony attended by hundreds of members of the cable industry from across South India.

It was announced that, as part of the ‘Skill 10000’ mission undertaken jointly by the Federation, ESSCI and SCTE, that work would commence in the first week of September through Novacom Hyderabad, represented by its managing director, Mr. Manidhar Devineni.

“The Hon. Minister conveyed his support of the cable operators’ cause while handing over the SCTE membership certificates to the first two students members in India for this digital transformation especially as the sunset date of 31 December is looming large. Training certification, which is given by ESCI at a national level and by SCTE at an international level, enables members to be part of the national and international cable and broadband industry. Several MSOs and Broadband players have  requested SCTE to supply SCTE-ESCI skilled technicians as they roll out their networks in the coming months,” commented Mr. Rahul Nehra, Hon. National Secretary of SCTE India. 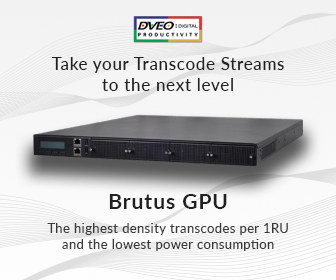